2000: Move from domestic to international, get into European market

Scan the QR code to read on your phone 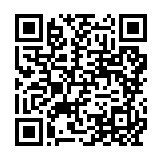